Plant a tree in memory of Carl
An environmentally-friendly option 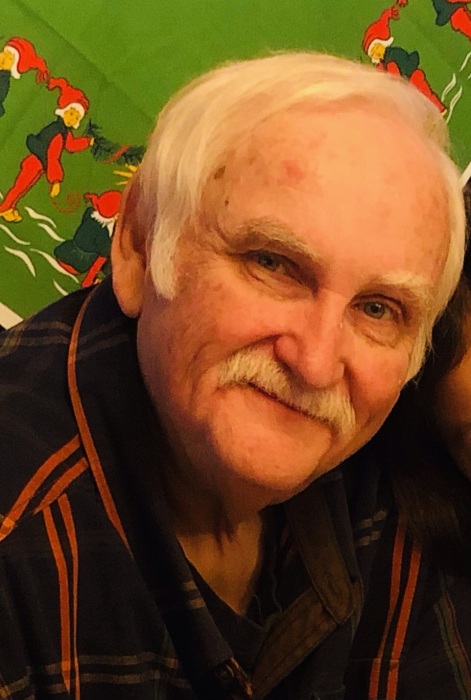 Carl was born in Boston January 12,1948 to the late Barbara Christenson Engstrom and Elliott Edward Engstrom.  He was raised in Braintree and graduated from Thayer Academy in 1965. After attending Tufts University for a time he...

Carl was born in Boston January 12,1948 to the late Barbara Christenson Engstrom and Elliott Edward Engstrom.  He was raised in Braintree and graduated from Thayer Academy in 1965. After attending Tufts University for a time he enlisted in the United States Navy and served as a communications technician.

After his service in the Navy, Carl returned to Boston to work and eventually would take over his father’s watchmaker and jewelers supply company,  Mahar and Engstrom.  Robert Mahar and Carl partnered for many years in the Boston Jewelers Building and in Quincy.

Carl was a passionate history buff and enjoyed collecting and sharing his vast knowledge with others. He loved all things red, white and blue.

Carl was an active member of the United Church of Christ in Norwell, serving in many leadership positions. His love of music and his deep bass voice made him an enthusiastic choir member over the past 45 years, and he is no doubt now singing with the angels.

Carl is survived by his devoted wife, Barbara, of 52 years, his loving daughters Amanda Lemay and her partner Jake Barbour of Boston, Abigail Engstrom of Duxbury, beloved granddaughters Amelie and Madeleine Lemay of Boston, brothers Walter (Karin) Engstrom of Hanson, Ralph (Suzanne) Engstrom of Wellesley, a sister Janet Ek of Rockland, many nieces, nephews and grand nieces and nephews.

Carl will be remembered for his kind and generous nature, his contagious laughter, his interest in all things historical, his love of New England sports teams, the ocean, Humarock beach, his pool and most of all his cherished family.

In Lieu of flowers memorial donations may be made to the United Church of Christ, 460 Main Street, Norwell, MA 02061.

Plant a tree in memory of Carl by clicking here.

A service summary is not available

Plant a tree in memory of Carl
An environmentally-friendly option

Plant a tree in memory of Carl

1 tree planted in memory of Carl

Dear Barbara, I was so sorry to read of Carl's passing.  My deepest sympathy.

With loving memories of Carl. He was such a sweet and generous man and I always enjoyed our conversations. He will be missed greatly.
Dave and Krissy Kennedy

A Memorial Tree was ordered in memory of Carl H. Engstrom by Dave and Krissy Kennedy.  Plant a Tree

Our family will always be grateful for Carl’s many kindnesses to us and especially to our children. We send you all much ❤️

Barbara and family,
So sad at Carl's passing, and holding all of you in thought and prayer.  Will be in touch. Much love,

Plant a tree in memory of Carl