John F. “Jack” O’Brien of Scituate died on the afternoon of September 6 surrounded by his family. He would have turned 95 on December 5 of this year.

Jack is predeceased by his beloved wife Barbara and his beloved daughter Susan. He will be lovingly remembered by his sons John and his wife Carol, Michael and his wife Janice, Steven, and daughter Kathy and her husband Erik. “Papa” will also be greatly missed by his grandchildren: Brendan, Elizabeth, Michael, Jenna, Kyle, Hayley and Jake.

Jack was the son of John and Lottie O’Brien of Quincy and brother of the late Florence Bender and her husband Vincent. He was also uncle, or “Unk”, to Jack Bender of Florida.

Jack grew up in Quincy and was a skillful sailor, winning numerous awards racing small, two-man sail boats. He was a graduate of Thayer Academy and Boston University.

Around the time Jack was getting out of college, he met the love of his life, Barbara Drake, also from Quincy. They married in May of 1954, built a house on Cavanagh Road in Scituate, and moved in that same year. It was a home they loved, raised their children in and lived their entire lives.

Jack also completed Officer Candidate School with the Army National Guard and was appointed as a Reserve Commissioned Officer at the grade of Second Lieutenant from 1954 through 1961.

After graduating from BU and having majored in Journalism, Jack joined his dad’s publishing business, writing news stories and selling advertising space in a weekly business publication titled “Paper Mill News.” He then joined a large publishing firm in the early 1960s, and in 1971 became publisher of PaperAge magazine – a business-to-business trade magazine that continues to be published today by sons John and Michael.

Jack’s business served the paper industry on a global scale and provided him the opportunity to travel to many countries including Norway, Sweden, Finland, Germany, Italy, and one trip to St. Petersburg, Russia. Closer to home, he visited many businesses located throughout the U.S. and in nearly every province in Canada. Barbara was his true travelling companion and accompanied him on many of his trips to Europe.

Jack developed a love for hockey and volunteered as coach of a number of youth hockey teams in the mid-70s and early 80s. He also played golf and tennis and was a longtime member of Hatherly Golf Club and former member of the Scituate Harbor Yacht Club.

One of his favorite summertime spots was “Chuck’s” Seaside Motor Inn, situated on the beach in Truro. He and Barbara spent many years with the entire family enjoying a week each summer at Chuck’s.

Jack lived a long, full and interesting life. We will always carry his memory in our hearts.

A special thanks to the staff at Harbor House in Hingham, and to the Norwell Visiting Nurses Association (NVNA) who provided such thoughtful and special Hospice care. In lieu of flowers, memorial donations in memory of Jack may be made to the NVNA and Hospice.

A Funeral Mass will be held on Wednesday, September 14, 2022 at 10AM at St. Anthony's Church, Cohasset. Relatives and friends invited to attend. Interment will be at Groveland Cemetery, Scituate.

To send flowers to the family or plant a tree in memory of John F. "Jack" O'Brien, please visit our floral store. 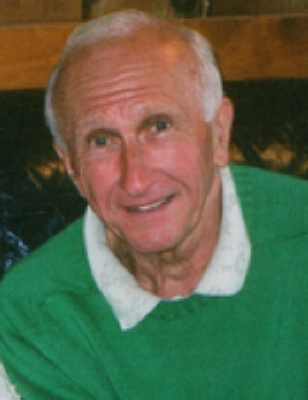