Share a memory
Obituary & Services
Tribute Wall
Read more about the life story of William "Bill" and share your memory.

Born in 1942 in Brantford, Ontario to Charles Gordon and Kathleen Marie Byrne Todd, Bill attended Cathedral High School in Hamilton, Ontario, and then studied political science and economics at the University of Toronto.  Leading his university course, he won both a Canada Council postgraduate scholarship and a Woodrow Wilson Scholarship, and decided to pursue graduate work in Economics at the University of Chicago. In Chicago he studied under Milton Friedman and George Schultz, earning a Master’s in Economics and then an MBA in 1966.

Over the following four decades, Bill pursued a wide-ranging career with Exxon and then ExxonMobil, that took him between New York City, London, Rome, Houston, Jakarta, and New Jersey. He held a number of leadership roles in the Treasurer’s department, and headed the ExxonMobil team working on the award-winning Qatargas 2 LNG venture.

Bill married Janice Dwyer, a teacher, in Glenview, Illinois in June 1967. They were introduced by mutual friends in Chicago. On their first date, Bill, then a licensed pilot, flew Jan from Chicago to Notre Dame and back for dinner and a party. They enjoyed a long marriage filled with children, music, travel, and faith. Bill, who played drums in productions at university, adored Beethoven and Italian opera, and his children and grandchildren have inherited his wide-ranging musical interests. Over the years, Bill and Jan traveled extensively, often on the Queen Elizabeth II and then the Queen Mary II, Bill’s favorite forms of transatlantic transportation.

Following Bill’s retirement in 2006, Bill and Jan settled in Cohasset, Massachusetts, near Jan’s extended family.  Bill volunteered in the community, working with the Cohasset Historical Society, providing rides for elder citizens through Elder Affairs, and as an active member of St. Anthony of Padua Roman Catholic parish. Bill and Jan enjoyed hosting their children, grandchildren, and grand-dogs in their beach-side home.

A funeral mass will be held for Bill on Friday, December 2 at 11 AM at St. Anthony of Padua Church in Cohasset, MA.  In lieu of flowers, donations may be made in Bill’s name to the Alzheimer’s Association. at https://www.alz.org/.

The Funeral Mass will be live streamed at: http://www.youtube.com/c/ChristbytheSea

To send flowers to the family or plant a tree in memory of William "Bill" Gordon Todd, please visit our floral store. 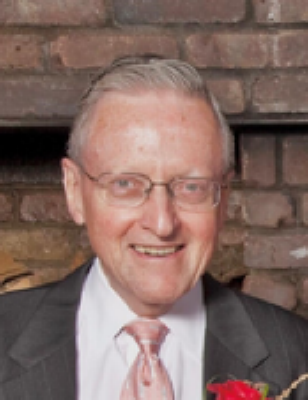