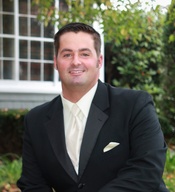 A fourth generation funeral director, Brendan takes deep pride in working and serving the families of the area; something he has been doing since the age of 16.

Brendan loves the South Shore for its history and for its coastline. An avid surfer and paddleboarder, you can also find him working on cars and at cruise nights, as well as at the Scituate Harbor Yacht Club. When not near the water, he can often be found snowboarding and adventuring in the mountains, but always with his children.

Brendan and his wife, Melissa (Medici-King) live in Norwell, where they raise their six children, Colin, Joseph, Brendan Jr., Molly, Maggie and Mia.